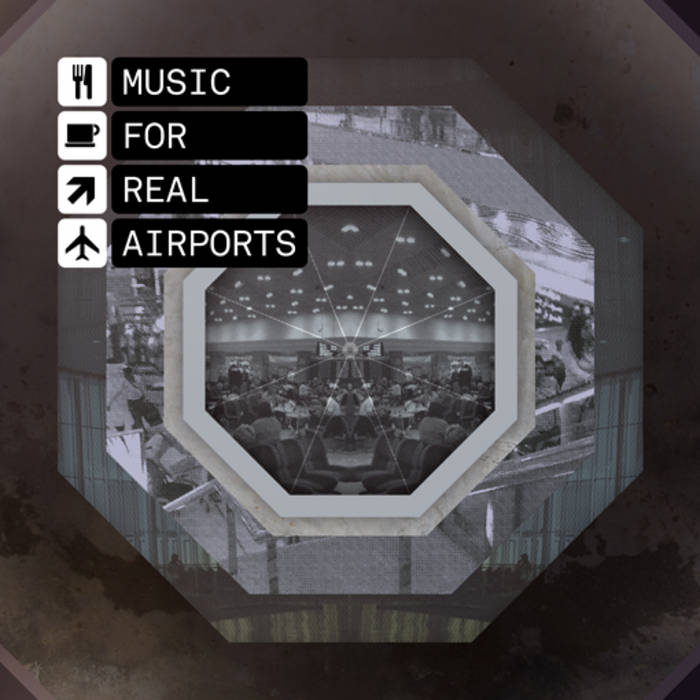 HystriX Extremely professional ambient conceptual album with dark and depressive parts. Didn't get it after the first listening (maybe listened in wrong conditions, at work or somewhere in the city) but now this is maybe better than Radio Scarecrow in some way. Favorite track: Sleep Deprivation 2.

the lemon of pink

The Project.
Music for Real Airports is a multimedia art project by musicians the Black Dog and interactive artists Human which is presented in art galleries. It is also a new CD of music by the Black Dog. It is a response to the reality of occupying the semi-public space of an airport, and a contemporary reply to Brian Eno’s work from the ‘70s.

Airports are important and revealing. They are dystopian microcosms of a possible future society. The necessity of safety requires that they be systems of human control which only elevate the stress of their transient occupiers. Airports’ promise travel, exploration and excitement but endlessly break that promise with their stale, tedious pressure. They are intense and overwhelming environments. Anyone who travels by air will have been puzzled by the way that airports tend to reduce us to worthless pink blobs of flesh, the human equivalent of the bags on the conveyor belt. Yet despite the frustration of being in that atmosphere, some of the best of human nature is revealed, alongside some of the very worst. Airports make for great “people watching”.

The artistic intent of Music for Real Airports is therefore to examine the nature of airports and to explore what they could be. The Black Dog argue that, considering their importance in our lives, airports have not been sufficiently represented by artists. Perhaps the best known artistic response to airports is Brian Eno’s Music for Airports, whose purpose seems to be largely elegiac, even if conceived as an antidote to the stress of plane delays. tBd performances, events and installations are a more accurate update to Eno’s work, and to a degree, a riposte. Some members of The Black Dog were disappointed by Eno's treatment of the subject in 1978 and have been considering how to produce a more meaningful response ever since.

The Album.
Airports have some of the glossiest surfaces in modern culture, but the fear underneath remains. Hence this record is not a utilitarian accompaniment to airports, in the sense of reinforcing the false utopia and fake idealism of air travel. Unlike Eno's Music for Airports, this is not a record to be used by airport authorities to lull their customers. The album is a bittersweet, enveloping and enormously engaging listen. It is ambient, but focused. This is not sonic mush, nor adolescent noise. Nor is it a dance album. Much of the raw material of the album was made in airports over the last three years. While on tour, the Black Dog made 200 hours of field recordings, much of which was processed and combined with new music in the airport itself, waiting for the next flight. This vast amount of content has been slowly distilled into a set of particularly evocative pieces of music.

Composed in large degree of drones there is little in the way of beats until half way through - but rhythm is plentiful within the buzzing synthetic warmth. This record is not necessarily a comfortable listen. But it captures the spectrum of emotions stirred by airports. There is tension and disappointment. But there is also romance and excitement.

All Tracks Written By The Black Dog
Artwork By Human