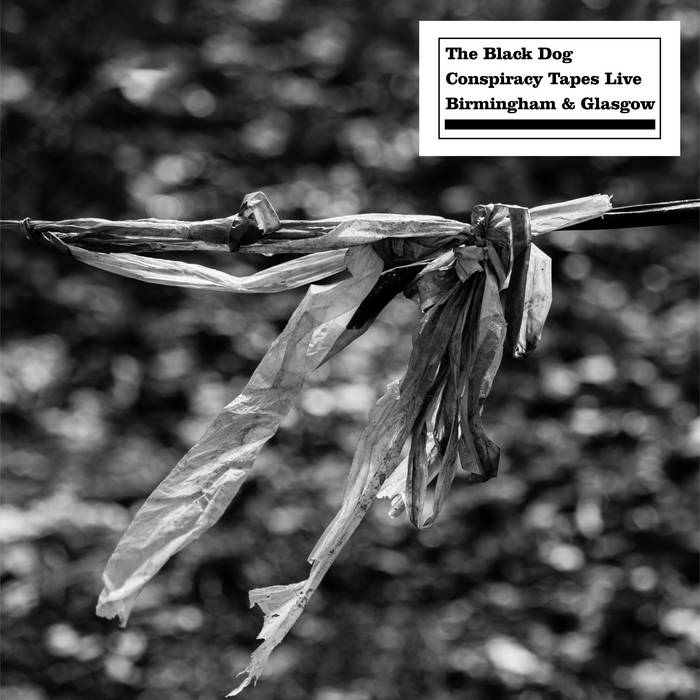 The “Conspiracy Tapes Live” album is a collection of new live performances and previously unreleased tracks from The Black Dog’s Conspiracy Lectures in Birmingham and Glasgow in 2019.

These events brought together music, film and talks explaining the background and environment that influenced and formed the Conspiracy Tapes project.

“These were 3-hour talks on how the band entered the conspiracy world with examples of their progress from simple, and perhaps funny conspiracies, to a world of swatting, doxxing and hate. The presentation told the story of what happened, how quickly things accelerated and how dark the world became. It was a disturbing environment within which nothing is true and everything is a hoax. The effect on their mental health became too much and finally, they had to leave it all behind.

Within the talk and short films, The Black Dog played a selection of live tracks originally written under the influence of the various conspiracy groups they’d joined. The music was all written while they listened to and took part in these conversations. This album brings together new tracks and live pieces that have never been available previously.

Welcome to the world where nothing is true and everyone is a lair.”