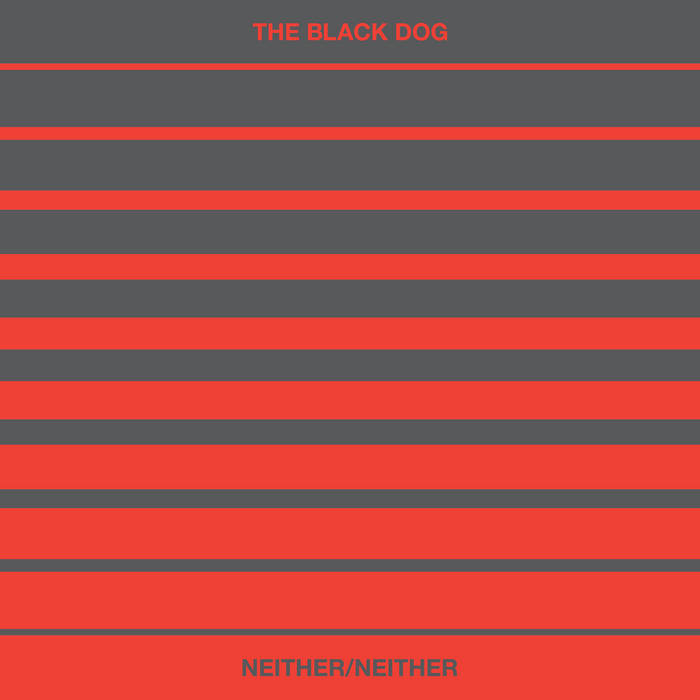 James Campbell Reminds me of how really good music can get an emotion out of you. Favorite track: Hollow Stories Hollow Head.

Dan Ape Another great entry in the tBD canon, with its mix of uneasy ambience and machine-driven belters. Repeated listens reveal more and more layers of mood and invention. Great album.

Sadly I didn't get my hero badges with the CD though, so for that I can only award 1 star out of 5. Favorite track: Them (Everyone Is A Liar But).

HystriX Another stone in the Black Dogma fortress. I don't like the lack of mixing between the tracks like on Radio Scarecrow and Further Vexations but the conception is good. I feel that the music here is uneasy, anxious and this adds new horizons for listeners. Favorite track: Exclusive Bonus Track: Engramtainment.

We live in dangerous times. We are blinded by control vectors that separate us from reality. And The Black Dog returns with a viral antidote: an album of de-programming material which they’ve called Nether/Neither.

This record continues the work they started with Further Vexations and Radio Scarecrow. Burroughs was right: we are now living in a world that is nothing short of a total information war. We are neither one thing nor another, endlessly on the fence in the face of an onslaught of disinformation. Non-linear hypermedia systems are openly used to control us, their operation being totally exposed, mocking our impotence, yet complete in their power. We are all proles now; all are expected to maintain a mental state of Neither/Neither, of uncertainty and inaction. Even in a world where anyone can be an instant expert on any subject in a single click, we find that all our knowledge is a mere replay of someone else’s script.

We are surrounded and occupied by systems of platitude generation that are empty and self-referential. All is surface and all is hollow. From the Tories’ election propaganda to David Icke, they’re all the same, all meaning filtered to nothing by a lack of substance, science and humanity. Falsehood becomes reason, no matter how ridiculous the proposition. They stand for nothing so they can have no questions to answer.


False prophets and the modern day snake oil salesmen parade their viral vampirism, grasping for our time, money and headspace. Even our ridicule becomes fuel for their trade as they turn ignorance and psychopathic exploitation into received wisdom and public opinion. Ask any sideshow psychic; repeat, pure Barnum bunkum enough times and you can seize the psychology of the masses. Rumours become truth then they become action and policy that in the cold light of the day make no-sense at all. No one’s sure where they heard it but they have. The spectral offer of change, which actually sustains the stasis of confusion. They spin us on a ball of confusion we live on continues to turn and as long as they have us in a state of Neither/Neither they will always maintain control. Fight Back!

Neither/Neither shows the world The Black Dog is reflecting.