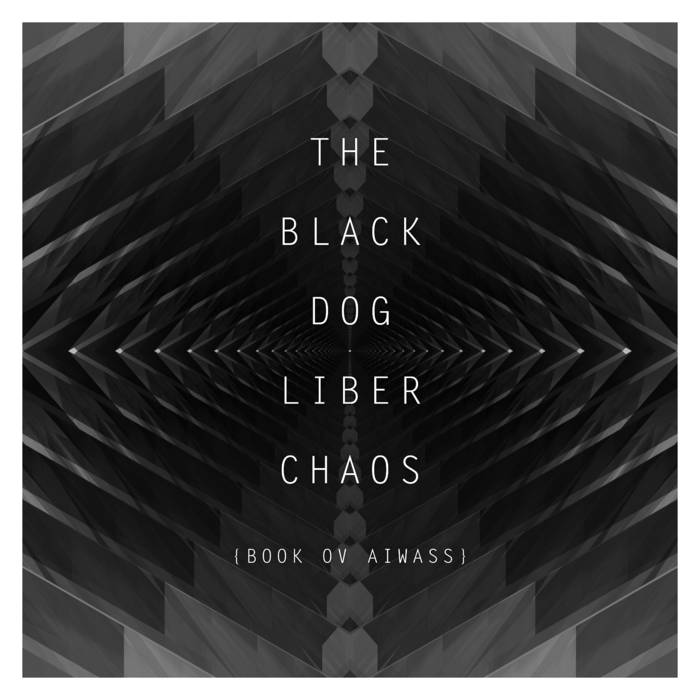 This is the Fifth of The Black Dog’s Liber series of releases that are purely aimed at the dance floor. It follows the previous, well received Liber Kult, Liber Temple & Liber Nox 12″s and the album Liber Dogma.

The Black Dog explain:“We’re not sure if this release is an end chapter to our Liber series or just the start, that’s the beautiful thing about music and art. The Liber 12″s were always aimed at the dance floor so it wasn’t difficult for us to select who we wanted for the remixes. Anyone who follows us on Twitter will know that we regularly talk about the artists and releases that are lighting up our kennel, getting played in both the studio and DJ sets.

We’ve been following Sandwell District from day one and always enjoyed the “spectacle” of what they do, which is much needed in techno these days. Blawan is a fellow SoYo artist who’s impressed us no end with every release. If Burial made music to dance to it would sound just like Blawan. We love everything he’s done and he doesn’t disappoint with his re-interpretation of Black Chamber Order. Sigha first caught our attention with a release on Hotflush in 2009. The clinical coldness immediately struck a chord with us and a later release on Blueprint just confirmed that we needed to get him involved.

Some of our favourite releases and remixes recently have been from Shifted – it’s hard to resist the dark hypnotic threads that he weaves and his own album is one that we’re really looking forward to. Then there’s Richard H Kirk – An absolute legend. He’s still producing some of the best electronic music out there and we’re constantly reminded that we still have a lot to learn. We have nothing but total respect for him. To round off Liber Chaos we really wanted the minimal industrial style of Perc. He makes great use of space with just the right amount of Klonk. He’s also a brilliant DJ.”